As an A Better Chance alumni and a mother of two children who attend independent schools in the Bay Area, Kemmeo Parr knows all too well about the thrilling and at times, laborious process of touring, selecting, applying, and enrolling in Independent Schools. Having served as Director of Development at Berkwood Hedge School for close to two years, Kemmeo became the Director of Admission in 2015.

A native of New York City, Kemmeo graduated with a BA from Bennington College majoring in photography and creative writing and later, her MFA in Film and Video at California School of the Arts.  During that time she spent a semester living in the UK and working with a children’s theater troupe.  Kemmeo has taught art and photography at a number of schools in both the Oakland Unified and San Jose Unified School districts, Studio One in Oakland, and at Park Day School Art’s Camp.  Kemmeo was a Fulbright finalist in 2003 feeling most grounded when she works for causes, particularly those that benefit children.  As an administrator, Kemmeo has put in countless hours as a volunteer with Girls Vacation Fund, A Better Chance, Gay Men’s Health Crisis, and Festival Productions.

Upon deciding to start a family in the Bay Area, Kemmeo started her own family and wedding photography business that photographs families in the form of storytelling.  She feels both honored and fortunate to be the Director of Admission and Outreach at a school whose pedagogy and leadership she strongly stands behind.  Kemmeo brings a wealth of kindness, creativity, leadership, organization, and a love of working with children to the Berkwood Hedge Community.  She is mother to Marcus (future Berkwood Hedger) and Darius and lives with her family and pet insects in Oakland. 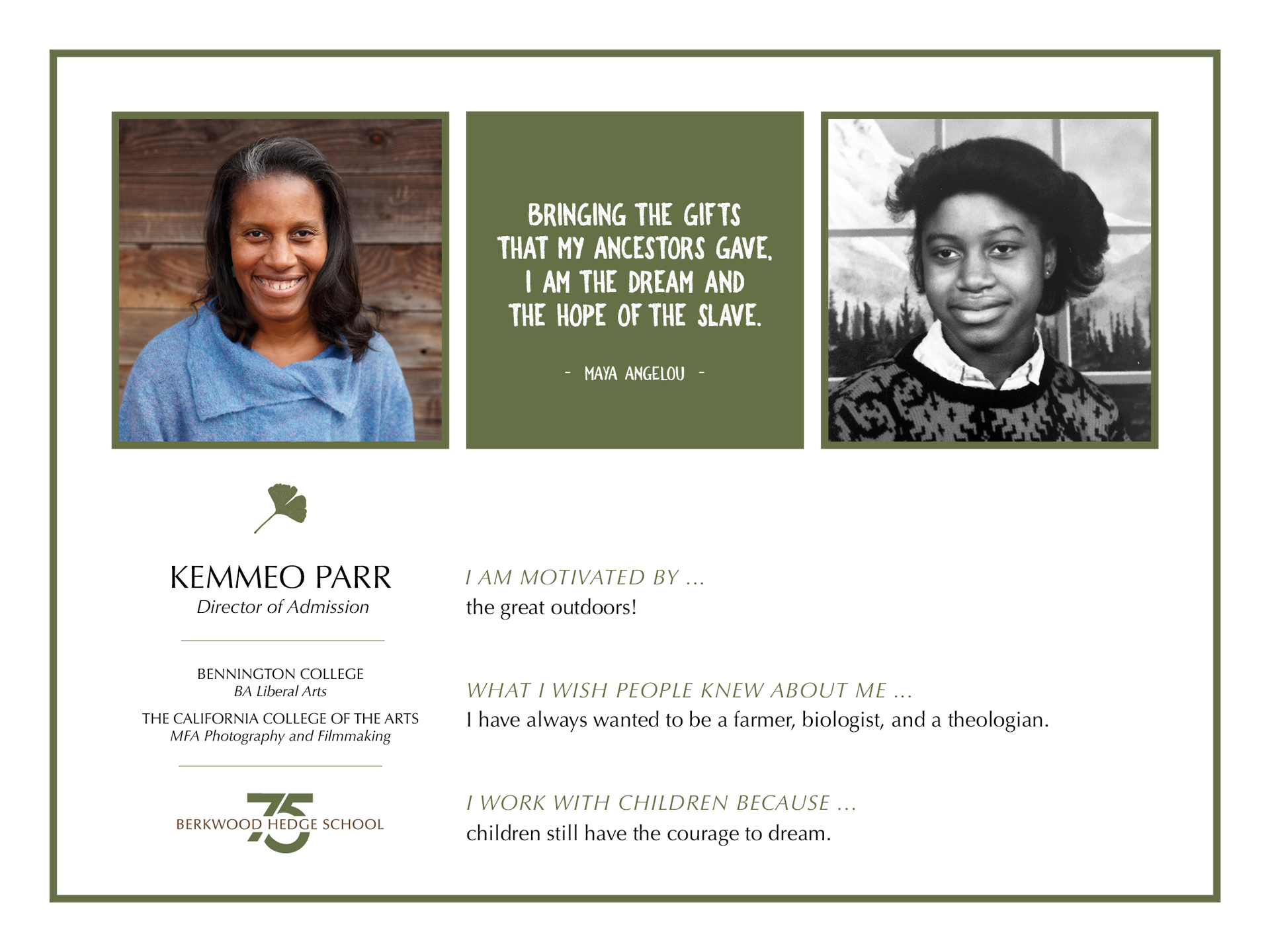